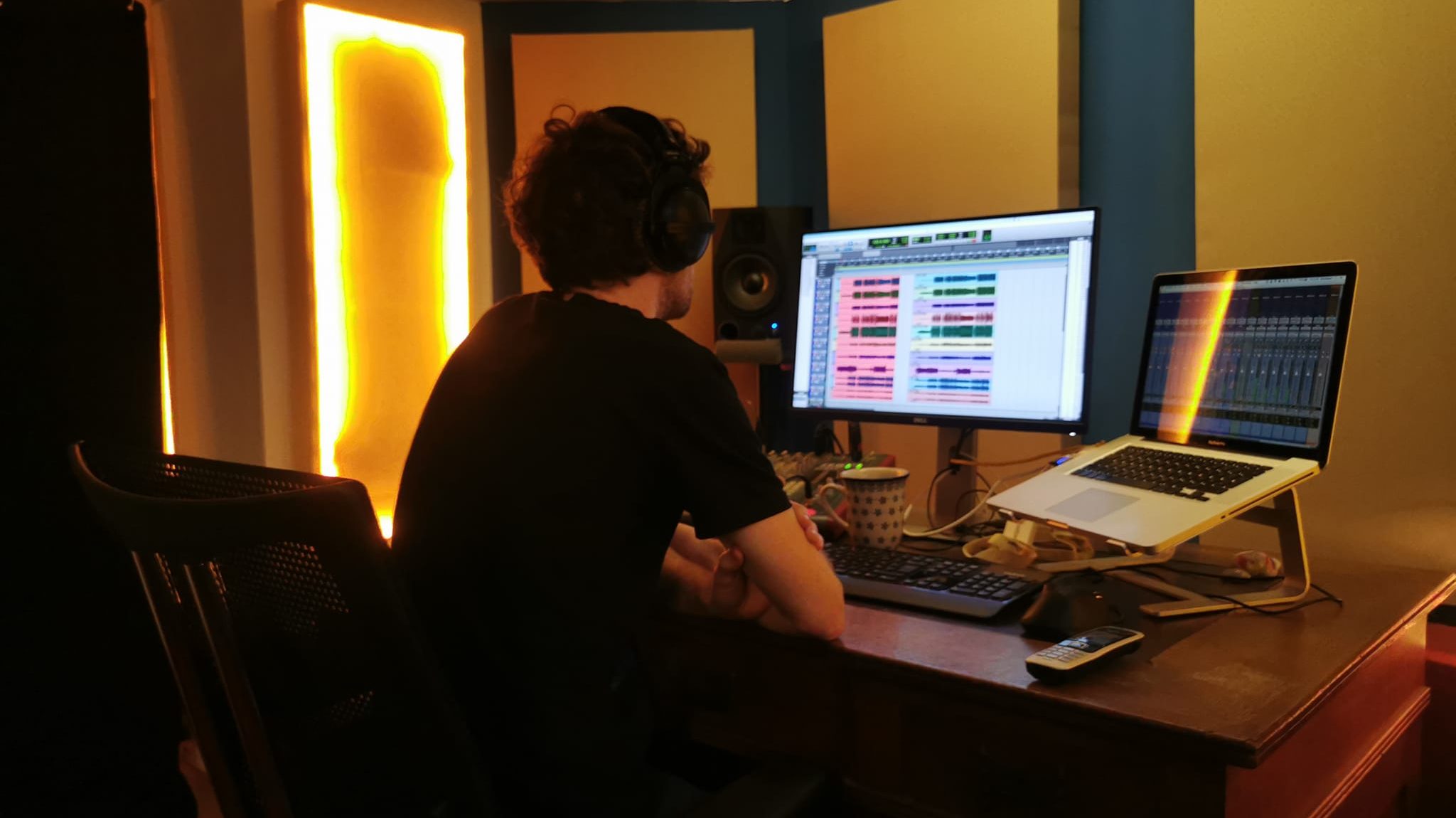 Allow Me To Introduce Myself

Hey, I’m Nick. I am a recording and mixing engineer and musician – guitarist, vocalist and some-time piano player. I play in the progressive rock band Vandemonian.

I am from Tasmania, Australia originally, and relocated to Hamburg, Germany in 2008.

I grew up to Led Zeppelin, Pink Floyd and Talking Heads playing on my Dad’s stereo. I spent my teenager years listening to Nirvana, Rage Against The Machine, Radiohead and a plethora of punk bands on my walkman, discman and mini-disc players (remember them?!).

At 19 I started recording my own band, rather poorly, I must admit, that is until I came across the advertisement for SAE Institute in Melbourne on the back of a Rolling Stone mag.

That was it. I suddenly knew what I had to do. I enrolled immediately, packed my laptop, interface, headphones and a few other things into my Toyota Camry and drove up the Tasmanian Midlands to the ferry over to Melbourne with my then-girlfriend in tow.

Fast forward a couple of years and having relocated to Hamburg where I had spent a year after finishing school I was mixing local live gigs at the Astra Stube, Haus 73 and various other locations around the city.

Mixing gigs at Astra Stube & co. was another pinnacle of my immersion in music. It is an institution in the underground music scene in Hamburg. The mostly unknown bands that came through that club where phenomenal. Such a wide range of styles and influences in a room you could cross with three strides! I was really getting into post and math rock bands by then and picked out my favourite shifts to work each month based on the bands playing that night.

After a 5-year sojourn into the highly interesting, but ultimately soul-draining world of mostly corporate multimedia planning and events industry, I returned to my musical roots and built my own studio from scratch.

I have a keen ear for guitar riffs, drum sounds and vocal melodies and like to mix unconventional rhythms with dissonant guitar tones.

I love to get involved in the recording and mixing process, guiding bands to optimise song structures and melodies. I take the reigns in the role of a recording producer but can also lean back and let you get your creative juices flowing while I capture the sounds on tape.

I love analogue gear, but am in no way a vintage nazi and always make the best out of both the digital and analogue worlds. I like to spice up recordings in the mixing phase with effects, giving tacks atmosphere and depth all the while keeping the soul of the music and the musician present at all times.

I love guitars, in both loud and intimate settings, be it on progressive or post rock/metal tracks, innovative indie songs, or up-close and personal folk records. I’m constantly looking to widen my musical horizons with new music and genres yet to cross my field of view.

My journey through the music landscape from the first records at home to being immersed in two of the most important music cities of the world has given me a broad spectrum of influences and tastes. I love the innovation of genres such as post, progressive and math rock with branches into metal and electronic influences.

But as someone who grew up on 70s rock, indie and pop music I can really appreciate a good song. As long as the hook line isn’t being shoved down your throat again and again, or the vibe isn’t a shameless copy of the flavour of the month, I can dig just about anything.

Over the last few years I have been into bands such as Russian Circles, Chelsea Wolfe, Caspian and Totally Unicorn. For me, these are all bands that are pushing the envelope on what is possible within their respective genres. I love artists who innovate and break down genre boundaries.

Stalwarts in my record collection have been Radiohead, The Drones, At The Drive In and The Mars Volta, to name only a few.

I do have a soft spot for guitars, both overdriven and clean and jangly and that has been my main focus both musically and in my work as a live and recording engineer. There is just something about the cutting edge of a cranked amp with a creamy riff ripping at your eardrums.

The drums have got to be punchy and in your face too. I like a crisp, clean snare, shuddering toms and a kick with enough oomph to shake your insides.

To make a record like that, you’ve got to get it right during tracking. Fix it in the mix just ain’t going to cut it. That’s why I like to be a part of the whole recording process, from laying down the bare bones to editing, mixing and mastering.

Does it sound like we could get along? Hit me up below and let’s get on the phone and talk about your project!