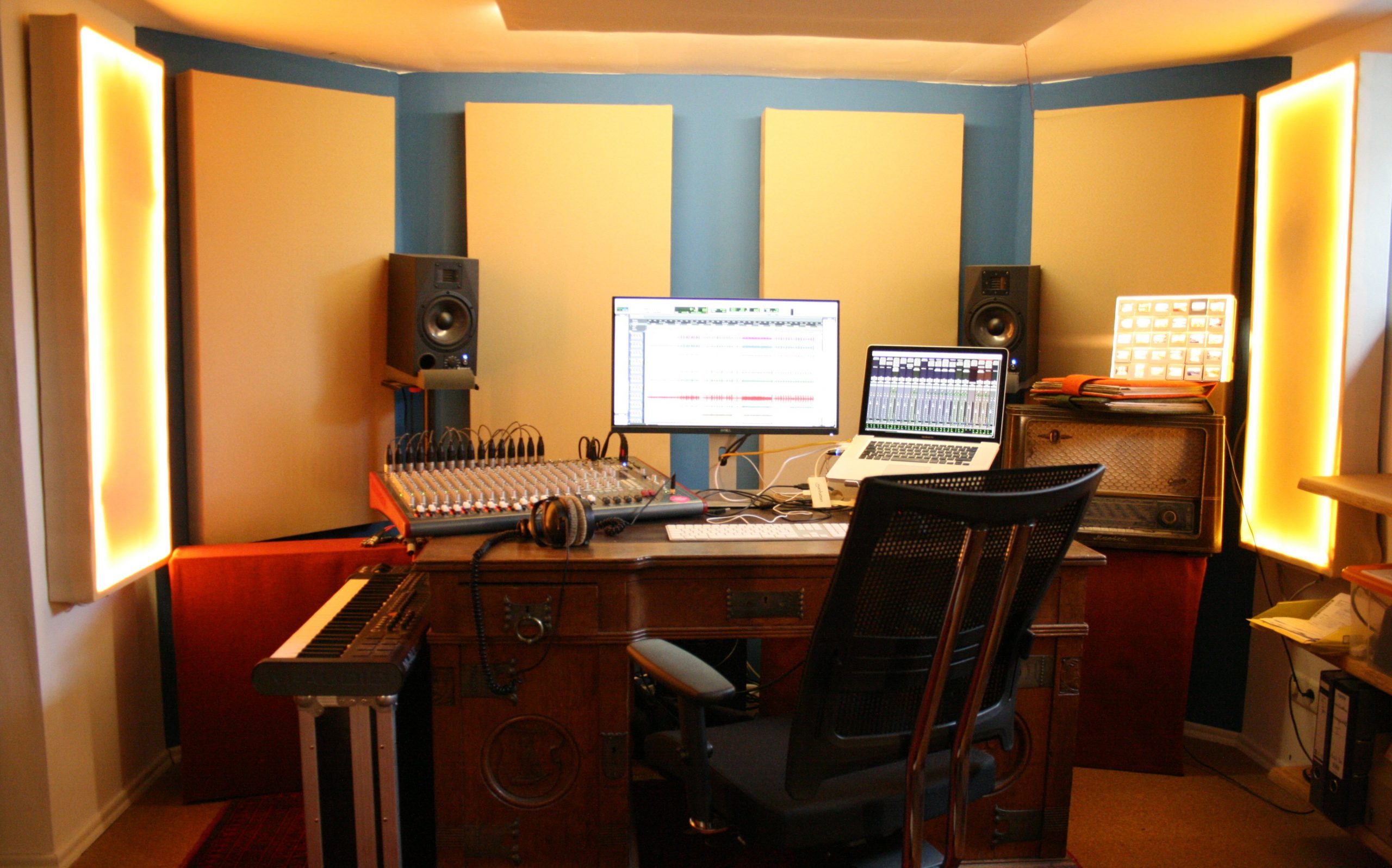 At Upaya Sound, my recording studio on the edge of Hamburg, I provide online mixing for artists of any genres loosely related to alternative rock, indie and folk. I will take your raw audio tracks and process them with analogue and digital EQ, compression and effects, turning them into a coherent mix with depth, clarity and punch.

Before I get started, I like to get together with artists and talk about what their mix should sound like and if there are any artists or records they are looking to emulate. Taking a handful of influences and blending the different sounds and styles together can create a fresh and original sounding recording. By discussing the goals beforehand, we are on the same page for the project and can get straight to work creating the right sound.

BEFORE AND AFTER MIXING

So, what do my mixes sound like? In order to give you an idea of what I can do for you with my online mixing and mastering service, I have put together some before and after clips of tracks I have worked on. As you will see, the difference between the raw recordings and the final product is immense. Have a listen for yourself! 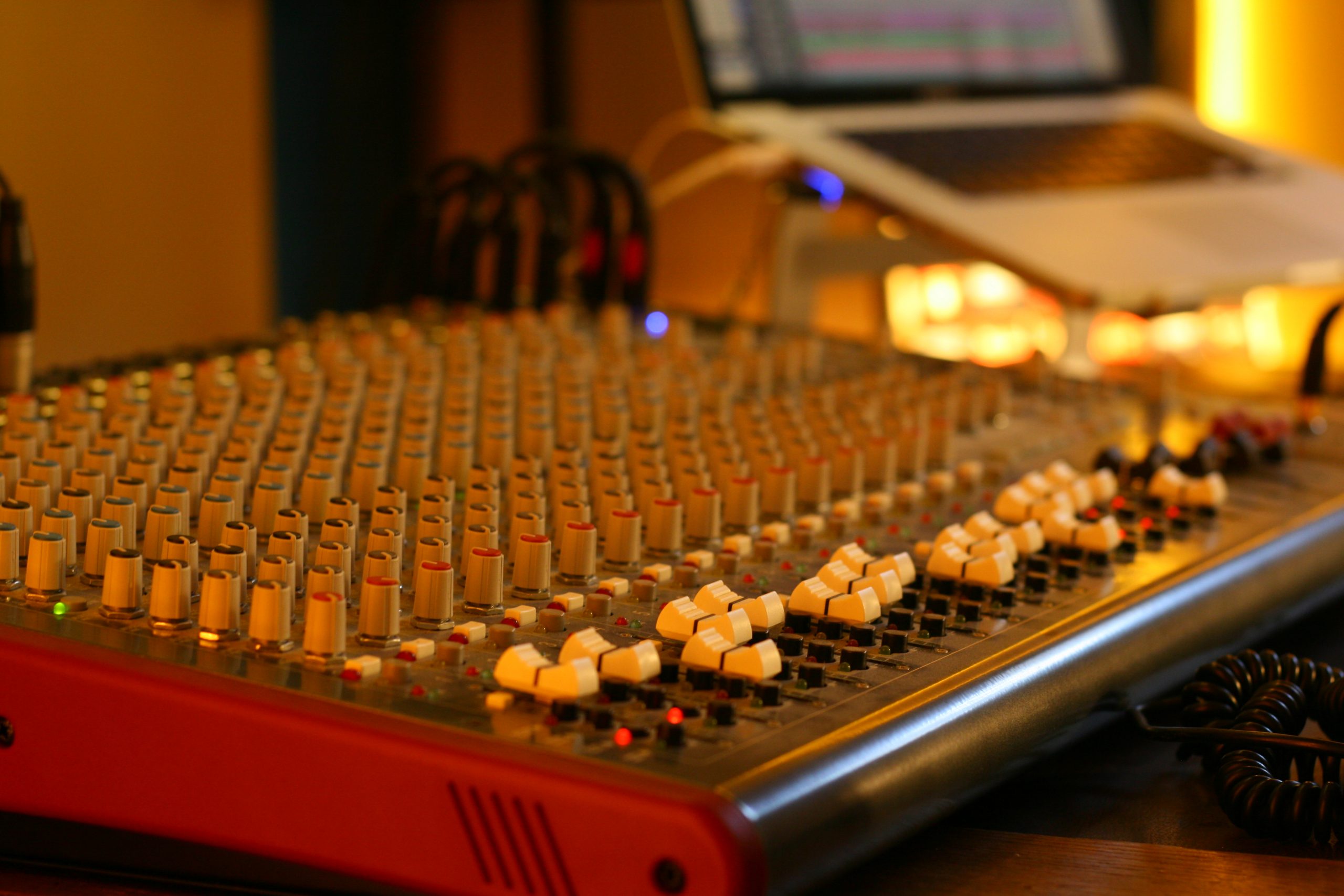 The best mix is the one that you don’t notice. Have you ever really listened to the mix of an album? Have you noticed that the instruments themselves sometimes don’t sound as you would expect when you really focus on them? Mixing music is less about making the individual tracks sound great, and more about slotting each instrument next to the others and creating harmony across the entire audio spectrum.

With EQ, I filter out an unnecessary or unwanted frequencies and enhance the sounds that need to be more present. Compression tames the transients and lifts up the foundation of each instrument, making them thicker and smoother. With reverb, delay and other spectral and temporal effects, I create an intriguing soundscape to keep the listener interested and one their toes.

And indeed, even a music producer can get transported into that zone. I have had many a time during mixing where I was unable to pinpoint the exact moment I made the drums sound exactly the way they sound. Or just which compressor tweak it was that brought out the sizzle snap on the snare. I can’t recall the frequency that pushed the guitar over the edge, from sounding good to sounding immense.

But just what is the zone and how do we get there? I sometimes see mixing music in the zone as picturing myself as a painter working the colours onto a canvas. I’m not methodically moving from top left to bottom right, but dabbing the brush with layer upon layer of paint. I try to be led by the sounds that stick out to me in each given moment. The bass needs some punch here, then the keys need more clarity. The toms just aren’t quite hitting with the fullness the track requires. So my attention goes from one instrument to another, constantly jumping backwards and forwards, left and right along the desk or screen.

It is a challenge sometimes reigning myself in and having the discipline to not get lost, especially in the first few hours of the music mixing process. But I find the approach yields much better results than clinically tending to each instrument one by one as I work my way along the fader bank.

The Tools of an Audio Engineer for Mixing Music

Inexperienced mixing engineers tend to put compression on everything. With so many tools at hand in modern audio production software like Pro Tools, Logic, Cubase, Nuendo or Reaper you gotta use them all dontcha? No. You don’t.

Compression, in my opinion is a process that must be used with caution. This all depends on the end goal of course, as compressing a signal can also change the timbre rather than reduce the dynamics. Yet it is imperative to ask yourself when using compression while mixing music: is this helping my achieve my goal, sonically? Because often, you can get so stuck into compressing each and every channel only to wonder why the music sounds lifeless after a couple of hours of work.

The snare is a classic example. Sometimes you have a particular sound in mind and want that thwack to pierce through the mix shouldering the neighbouring instruments aside. So you slap that 4:1 ratio, low threshold compressor onto it and crank up the gain. But in the end you realise, that instead of thwack, it just goes… phut. Instead, it might be better to dial that ratio back a bit to 2:1, and set the attack slower to let the transients through and get that body tightened up. Or you focus on bringing the fullness and attack of the snare out in the overheads.

Distorted guitars are similar. They’re already compressed from the amp and effects pedals. Leave them be and tweak those frequencies that are making them too harsh, or find out which instruments are masking them.

To this day I cannot say for sure if I like gating my drums or not. The kick and snare drums cause me this hassle every single mix I work on. The benefits of gating often produces negative side effects. A gated snare may be cleaned up from hi-hats and other cymbals fighting for room in the signal. Yet the track often loses it’s purity and clarity when the supposed junk has been removed.

There seems to always be some sonic residue of the gating process that is audible, unnaturally colouring the texture of the signal. So it’s a mix-by-mix decision, every time anew when it comes to gating.

And I must also add that recently I turned my back on the gate supplied by the well-known-industry-leader-plugin-manufacturer and opted for the built in version supplied by Avid’s Pro Tools. For what took me 5 minutes plus and multiple tweaks throughout the mixing process with the expensive plugin was eventually replaced by a set-and-forget move with the Pro Tools standard one. That was an insightful moment for me.

EQ is where the real magic happens. Getting those instruments to stop fighting one another for space and slot them in nicely can only be achieved with a good grasp of the frequencies causing the trouble. At best, this can be achieved during the recording process. But often there are so many aspects to be considered while tracking that the next stage – mixing – isn’t in mind yet.

It’s about finding the balance between setting the focus on a particular instrument, and the song as a whole. Giving each signal space to unfurl and gel with the neighbouring sounds, fitting them into the ebb and flow of the music and keeping the rabble under control.

Whether you cut, boost, sweep or filter, you must always have on eye on the instrument at hand, and one ear on the rest of the mix, constantly gauging whether the balance is there or if one element is gaining the upper hand.

Mixing is all about balance, and equalisation is the most natural tool to achieving an equilibrium amongst the myriad of musical signals.

Audio effects put the icing on the cake for any song getting the mixdown treatment. You add some reverb to give the drums depth and put them in a room. You add delay to vocals to give them some echo and space them out from the other instruments. Phasing and flanging effects can really spice up an otherwise bland production. It’s all about keeping the listener interested, both consciously and unconsciously. Often, they’re just sitting there listening to the tunes, completely engulfed yet oblivious to the nuances provided by the effects put onto the tracks to give them some extra life. And believe me, there is a huge difference between listening to a song, and listening to a mix. Analysing exactly what is going on and what tools were used in the mixing process really opens up your mind to what is possible while producing music.

I am able to provide online mixing with all project communication via telephone and internet. Once the project is finished, I will supply you with the final stereo audio files per download link.

Alternatively, we can meet up in the studio and listen to the mixes face to face. Whatever you prefer.

I provide full project service from the recording stage, to editing, mixing and mastering. For artists who have tracked their album themselves, I offer online mixing and mastering, the latter through partner studios such as Plätlin Mastering in Hamburg.

I find it is best to support artists through the entire album production process. I use my ears and experience to give advice and use my skills as an audio engineer so you can focus entirely on the performance.

Prices for online mixing services vary depending on the experience and profile of the studio or mixing engineer. No matter how important the project, or how high we set our sights, the price is always a factor. I try to keep my services affordable while delivering high quality recordings. I offer discounts for larger projects, so get in touch for a free quote.