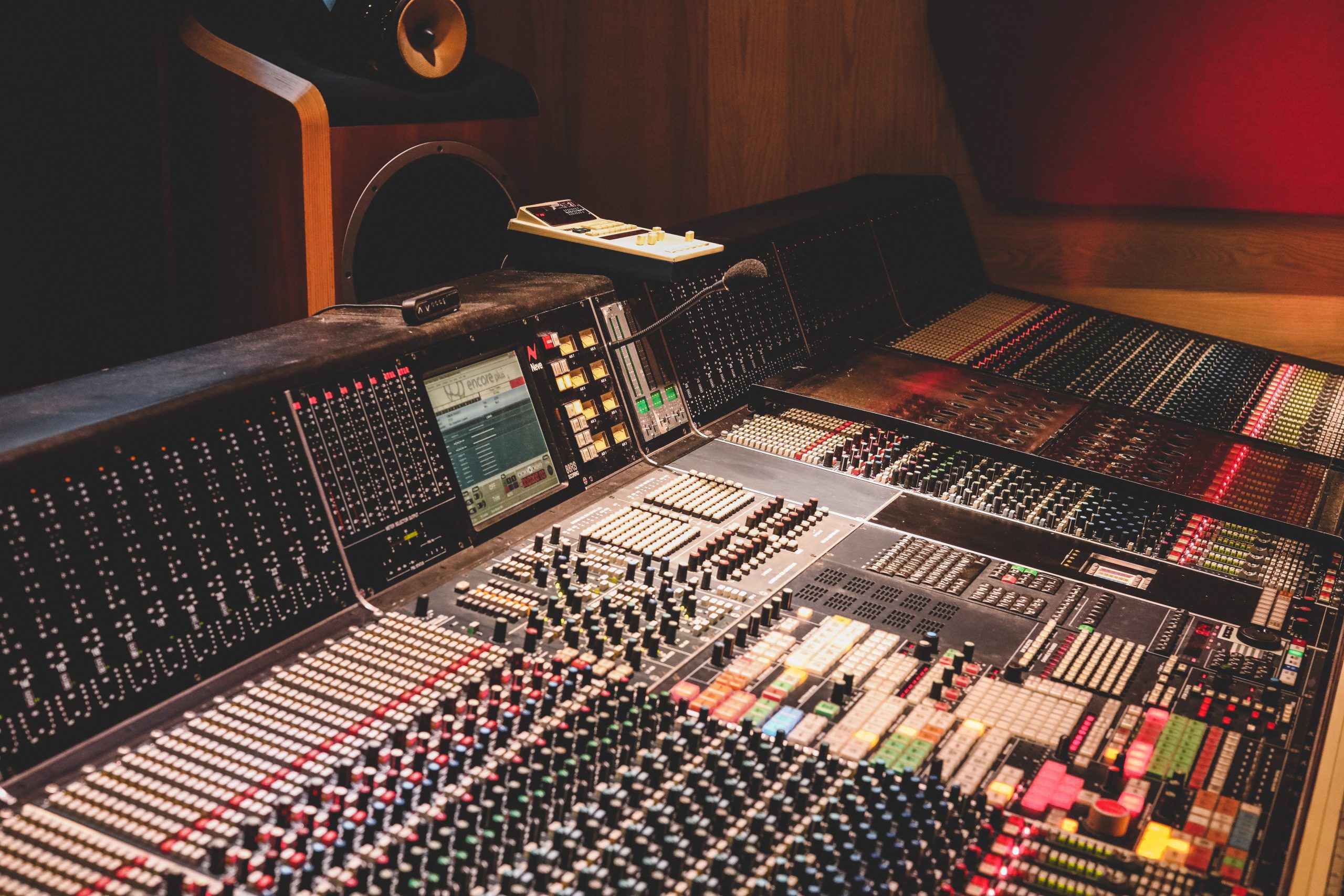 Recording Music in a Sound Studio

The process of creating an album is often a long and winding journey. From the initial inspiration, composition, practice and fine-tuning of musical ideas, months, if not years, often pass. But at some point, it’s time to capture the music. Recording studios are needed to capture the hard work on CD, vinyl or digitally.

The time spent in a recording studio can be very intense. All band members have to know their parts inside out. The instruments must be well setup and the equipment must work well. The band must harmonise well with each other so that recording studio time is used optimally.

First, the instruments are set up in the recording studio. Usually the drums are recorded first so that all the other instruments record their parts in the right timing. Drums are recorded to click more and more these days, so that the tempo is set by the DAW and it is easier to edit the tracks later.

Tracking Drums in a Recording Studio

When the drum kit has been set up, microphones are set up to capture the sound in the music studio. It often takes several hours before the miking of the drum kit is complete and the drum sound is satisfactory. The many drums, microphones and components of a drum kit makes recording drums very time-consuming. But it is necessary because a song often stands and falls with the quality of the drum recording.

When the drum tracks are finished, recordings of other instruments are added. Bass is often recorded second, but often also at the same time as the drums. A band may also prefer to record guitars with or immediately after the drum recording if the song requires it.

Bass is often recorded with a DI that feeds the signal directly from the instrument “clean” into the mixing console. Additionally, the bass amplifier is recorded with one or more microphones. Later, the signals are mixed together and the mixing engineer has the possibility to create reamping tracks with the DI signal to create other sounds.

Electric guitars are also recorded by placing microphones in front of an amplifier. Similar to recording electric bass, sound engineers can record additional DI tracks for later reamping. Guitar effects on the pedalboard are often recorded in the studio, but can also be added later with plug-ins or reamping.

Keyboards are recorded with a DI, usually directly into the mixer without effects.

Recording Vocals in a Music Studio

After all instruments have been recorded, it is the singer’s turn. With headphones to listen to the music with, the singer stands in a vocal booth or in front of a soundproof wall or curtain. The vocals are sung into a microphone, often with reverb or reverb effects in the headphone mix, so that the vocals don’t sound too dry and unnatural.

Vocals are often not recorded in one take, but in several attempts. As the main instrument in the foreground, vocals get all the attention of a listener and therefore need to be recorded very precisely.

The vocals can be recorded in fragments of verse, chorus, verse, bridge etc. or, depending on the quality of the singer, in individual phrases. Afterwards, all takes are cut together into a master take.

Recorded Music Must Be Mixed

When all tracks are recorded, an album is far from finished. The raw tracks sound quite good individually, but there is still a lot of room for improvement. Together they are a jumble of sounds and frequencies that overlap and mask each other. The close-miked instruments don’t sound very natural, because no one listens to music with their ear directly next to the instrument.

The instruments must harmonise with each other in the mix. Mixing music is the stage in which a recording is transformed from raw tracks into a coherent piece of music.

Compression, equalisation and effects are applied by the mixing engineer in a process that takes several hours. It is creative work that is performed in consultation with the artists, according to his and their musical ideas and inspiration.

When the mix of a song is finished and all involved are satisfied with the result, the time comes for the last phase of the music production process: mastering.

Mastering: the fine-tuning of a recording

Mastering is the last phase in the long process of music production. However, it is a necessary step, because it polishes the recording once again and prepares it for release on CD, vinyl or digitally.

Mastering also involves compression and equalisation, but unlike mixing, it is relatively subtle. The recording is made to sound similar on all playback devices. Particularly dominant frequencies are filtered out if they jeopardise compatibility on different devices.

A mix is compressed slightly to make it sound louder or punchier, and limiting raises the volume of the song without causing digital clipping.

When the mastering is finished, the album can finally be produced in physical form.