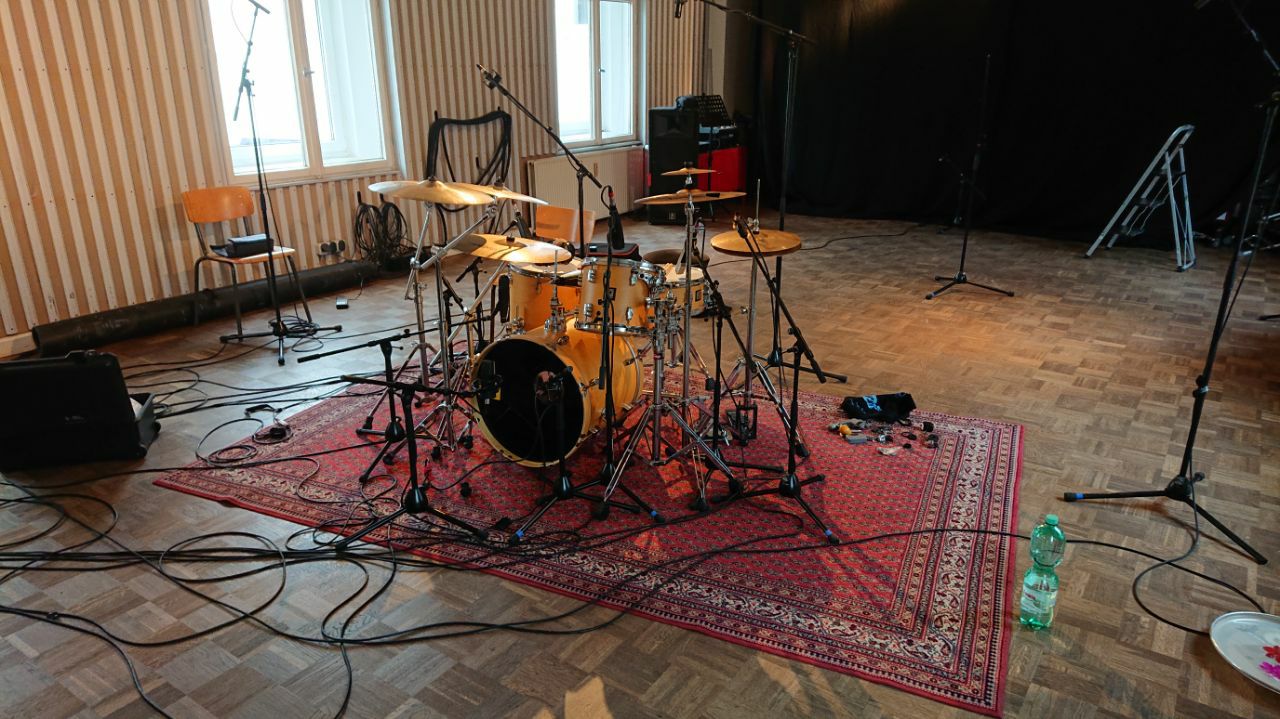 Rent a music studio space in Hamburg – A few tips for bands on a modest budget.

Who is renting music studios in Hamburg and why?

The music industry has changed a lot over the last 20 years. There have been many developments that have completely altered the way musicians, engineers, labels and fans interact with each other. The most prevalent medium used for music playback wasn’t even invented 15 years ago.

The same goes for the way musicians create their records. From the 60s to the 90s, the only way to make an album was to get a record deal and go to a recording studio. A producer, engineer and his assistants would be the ones in complete control, shaping the music to the tastes, not just of the band, but more importantly of the label.

Fast forward to 2021 and it’s a completely different ball game. Artists have a plethora of options due to the rise of affordable home studio equipment. The bar has been lowered so far, that musicians are teaching themselves to record, and are producing their albums themselves.

Bands are no longer relying on a label to pick them out of the crowd but are instead going it alone. The DIY approach can have a steep learning curve, but the rewards are there for those who stick it out and earn their chops. They may never have to pay for an audio engineer again.

Yet the DIY recording approach does has it’s pitfalls. The acoustics of a band room or home studio can really cause an otherwise promising recording to fall flat on it’s face. Once you record an instrument with the poor sound of an acoustically untreated room, there is virtually no way to fix it.

One option is to rent a recording studio to profit from the professional acoustics of the space. Artists are then able to continue working with their own approach but in a studio setting. Not only the acoustics but the equipment such as microphones, mixing desks, digital workstations and peripheral gear can also be used.

There are several options available to artists looking to rent a recording studio. The prices between music studios vary greatly, yet there are ways to save money if you consider all the available options.

When renting a music studio space, it is wise to be very organised and plan ahead. By contacting studios months or even a year ahead, it may result in the price of the recording studio rental being reduced dramatically. The studios are often only booked out a few weeks in advance so it is definitely worth a try negotiating a reduced fee by calling a few months ahead and talking to the owner about making a deal.

Usually, a recording space is booked by the hour or per day. It might be a good idea to try to arrange for a discount by renting the studio in bulk. If planning a larger project, 1 or maybe 2 weeks might be needed for the tracking, editing and mixing stages. By renting a music studio over a longer timeframe, it may be possible to receive major discounts on the usual day rate.

Rent the studio when no one else is awake.

Another option, especially for the nocturnally inclined, may be to rent a studio during the usual closing hours. Between 8pm and 6am it may be possible to book a recording studio at heavily reduced rates. For night owls, this is often a time when creativity is at its peak. Studio owners may be more than happy to give discounts for those keeping their music studio occupied while burning the midnight oil.

Rent a studio when everyone else is on holiday

There may be times of year in which a recording studio regularly experiences a lack of bookings. Ask if there are options to fill in times like these around Christmas or during the summer in exchange for reduced rates. You might get lucky.

Be honest and upfront about your budget.

Recording studio owners are running a business and must see that costs are met and enough revenue is produced in order to keep the studio profitable. But they are also human beings who know what the music business is and how hard it is for upcoming artists to make a splash.

Many overlook this fact and assume that the prices given are set in stone. Being upfront and honest about your band’s budget may get your foot in the door to some negotiations for recording studio rental that might prove fruitful.

No matter what you do, always try to consider the many options available to you when looking to rent a recording studio. Most importantly, if you don’t ask and try to negotiate, you will never know if you may have received reduced studio rental rates. Recording studio owners are only human, and the worst thing that can happen by asking a human being is that they say no.