A Weekend In The Band Room: Recording Lazar 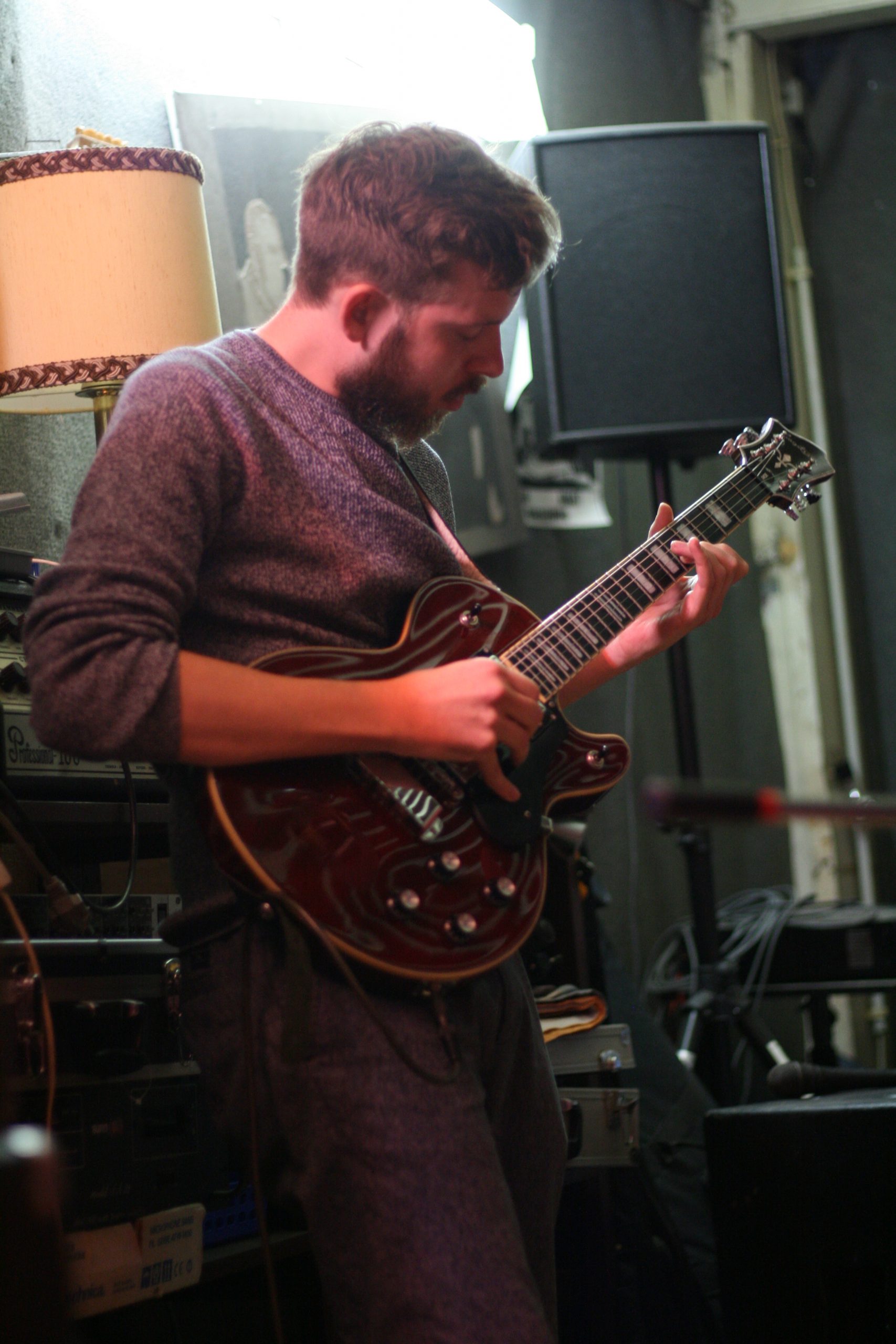 Last weekend I spent my time locked in a room filled with amps and gear on an industrial estate just outside Lüneburg in northern Germany. I was there to record the latest EP by Hamburg trio LAZAR, a very interesting instrumental post rock band whose music is constantly evolving from sweet, atmospheric guitar melodies to raw, pounding stabs of noise.

Live Recording In A Band Room

The aim was to capture their performance live – drums and guitars all in the same room. The acoustics were quite good, despite the jumbled mess of gear, thanks to brick walls lined with carpet and the ceiling being made out of thick corrugated   steel. The corrugations were about about 20 cm deep and provided the ideal dispersion of sound waves.

The drumkit was already set up when I arrived so I had a bit of a bang to see if it was in a good position and resonating nicely with the room. Luckily it was, because there wasn’t much space left to move things around in. So I got my mics out and started to get set up.

I was lucky enough to be able to borrow some ideal mics for band recording from an old acquaintance from my days as a live engineer in the clubs in Hamburg. Two Coles 4038 ribbons, a pair of Neumann KM184s, some more MD421s (I own two) an Audix D4 and a Electro Voice RE20 supplemented my collection nicely. A Brauner Valvet Tube mic was another addition I was eager to try out too.

The setup was relatively standard for the close mics – I ended up with an SM57 on the snare, MD421s on the two rack toms and the RE20 on the floor tom having not cut it on the bass cab. I originally had four MD421s on snare and the three toms but hat to juggle a bit to free them up for the guitar amps – in my opinion where they perform best. The kick was quite boomy so we put a small, old blanket in which dampened it a little, without taking all the resonance out of it. I originally put my Shure Beta52 mic in front of it, but it just wasn’t capturing enough detail, so I swapped it for the Audix D4 (despite not being a fan of the metal slap sound it produces) coupled with an old SM57 to bring some body back in. So instead of the kick going slap, it now had a nice low end with added definition of the natural resonance through the SM57. The latter had to be EQ’d a fair bit to take away the boxy sound but in the end the drummer and I were both happy that the sound in the room was being reproduced on tape.

For overheads I put up the Neumann KM184s in an XY pattern on a stereo bar, about 1m above the second rack tom with the snare in the middle of the stereo field. It didn’t stay this way, as I wasn’t getting enough stereo separation and cymbal wash with the XY configuration, and ended up going for AB, about 45° apart. I put up the Coles 4038 ribbons as a wide pair above the hihat and cymbals on the left. The combination of the small diaphragm condensers with their detailed high end and the warmth of the ribbons really shone and aside from the change from XY to ABs on the KM184s I didn’t have to play around with the overheads much at all. I put the Brauner Valvet about 1.5 m high pointing straight down to the snare. In the end I don’t know if it’s really going to be a game-changer for the drum sound overall, but we’ll see once I get to the mixing stage.

The guitars were a bit trickier. The amps were loud and quite bright so I toned them down a little to reduce spill and get a bit more warmth happening. I mixed and matched for a while with the two condensers I had left complimenting the MD421s I had freed up from the drums.

One guitar was a baritone going through an Ampeg bass amp to a Peavey cab, while also going to a Sovtek amp coupled with a Marshall 4×12 cab. The Marshall got an MD421 up close at the grill and the Peavey was left with a NT55 usually known for it’s bright high end. It actually complemented the deep bass really well and brought out some definition that was lacking with the RE20 I had put in front it initially.

The standard electric guitar, a Les Paul style Höfner was played through a Palmer combo. It was really bright and chimey so got the last MD421 and my AKG C414 B-ULS further back which really gave it some warmth and depth.

The guys recorded live and over the next few days we’ll be selecting takes and parts and getting things into place before I start on the mix. It is for me a very interesting band – a dynamic instrumental mix of styles that isn’t easy to point to one influence. I can’t wait to get mixing!

For more of LAZAR’s music, head over to their Bandcamp. 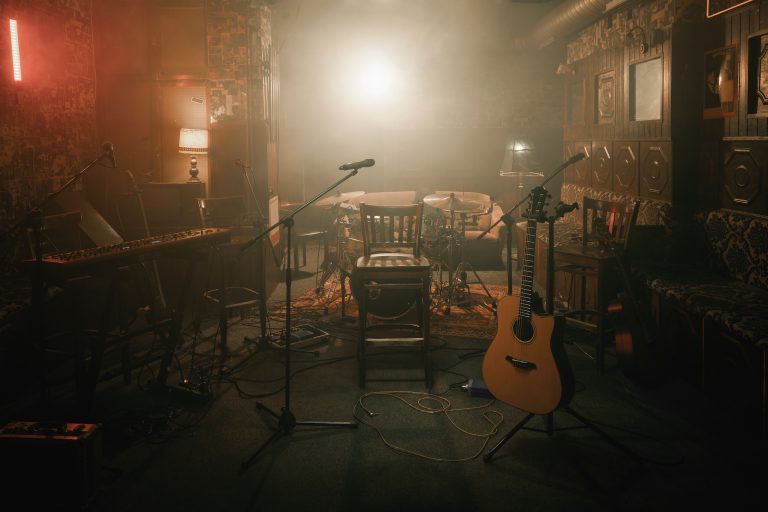 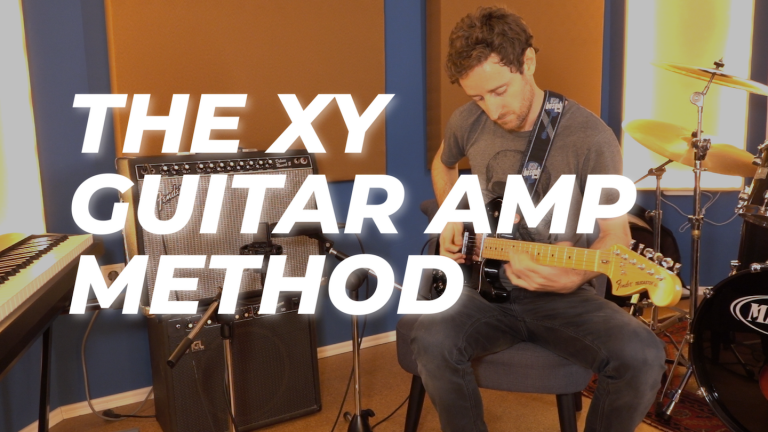 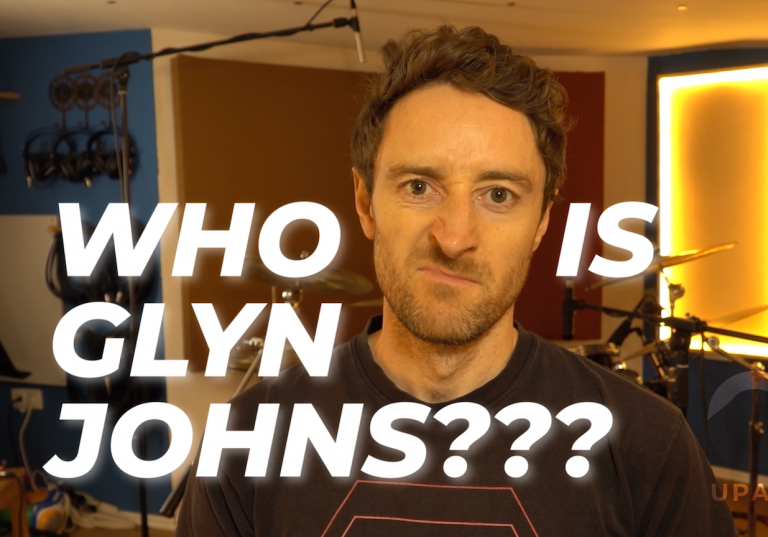